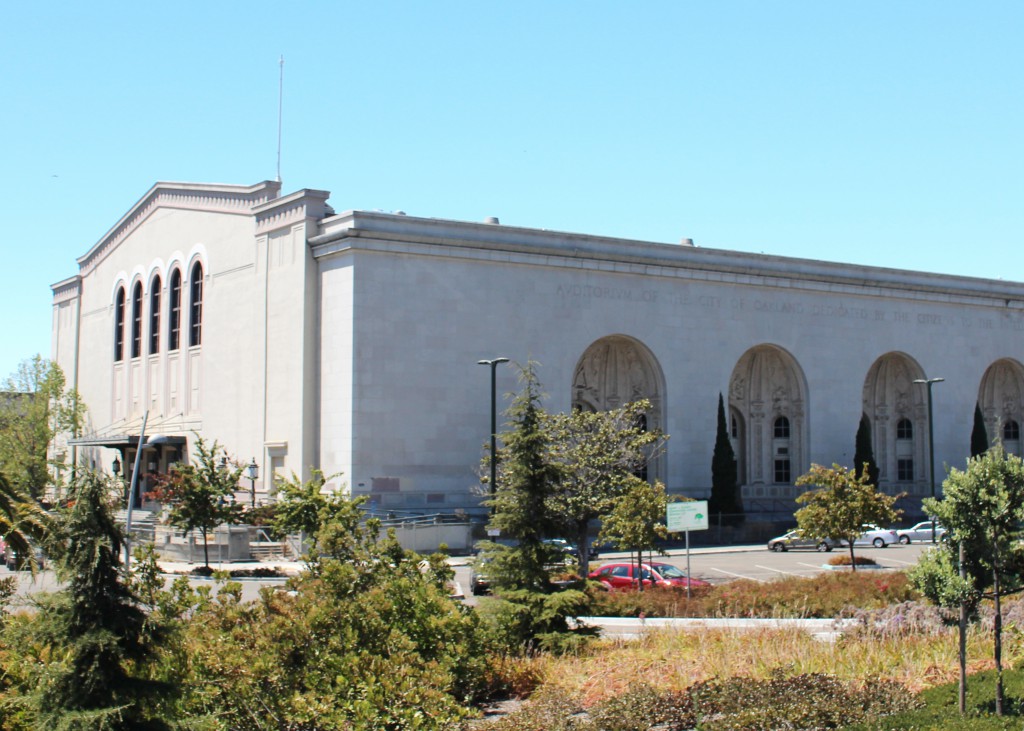 Acquired: After being awarded the right to redevelop the building on a long-term ground lease by the City of Oakland, ODI entered into an Exclusive Negotiating Agreement with the City in July 2015.
Property description: Overlooking the south end of Lake Merritt and adjacent to both the Oakland Museum of California and Laney College, the Oakland Civic historically contained two venues – the 6,000-seat Oakland Auditorium and the 1,900 seat Calvin Simmons Theatre. ODI plans to reopen the Calvin Simmons Theatre while converting the arena into commercial space. The Civic will also provide office, practice, and performance space for a variety of local artists, makers, and performers.
History:  The former Oakland Auditorium opened in 1914 and hosted countless events in its 90 years of operation as a venue, ranging from political speeches and conventions to concerts and sporting events. Notable artists and dignitaries that performed or spoke at the arena include Martin Luther King Jr., Bill Clinton, Elvis Presley, James Brown, and the Grateful Dead, who performed 57 shows there between 1979 and 1994.

The 1,900 seat Calvin Simmons Theatre hosted the Oakland Symphony and Ballet on numerous occasions during its 90 years of operations, as well as graduations, recitals, and concerts for local Oakland youth and artists.

Both venues closed on January 1, 2006 due to heavy operating losses. For more information, visit theoaklandcivic.com.

Current Status As of December 2019, ODI has closed a lease disposition and development agreement (LDDA) with the City of Oakland and is going through the process of closing a 99-year lease. ODI expects the project to begin construction in the summer of 2020. For more information, visit the Oakland Civic website.
Project manager: David Dial, ddial@ortondevelopment.com